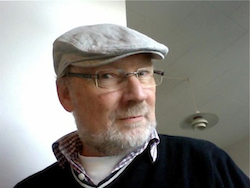 Acknowledged as being among the elite bass players in Denmark, Jefsen has with his wide ranging stylistic background, gained recognition for his lyrically attentive personal style of playing.

Since the 70’s Jefsen has had an infinite number of gigs in Denmark with American jazz musicians living in Denmark and abroad. Dexter Gordon, Johnny Griffin, Ben Webster, Dizzy Gillespie, Roy Eldridge, Clark Terry, Zoot Zims and Al Cohn are just a few of the people he has performed with.

Jefsen has also, during the last 50 years, played with many trendsetting Danish groups.

Besides performing, Jefsen teaches bass at the Royal Conservatory of Music’s department of non-classical music in Aarhus.