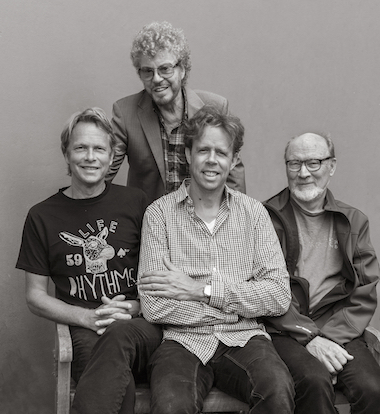 Listen here to some songs from the CD

Allan Mortensen – vocal
Jens Jefsen – bass
Anders Rose – piano
Søren Frost – drums—  A SOUL SINGER IN A JAZZTRIO —
Review from Montmartre Denmark concert HERE
Read PDF
OBS: Underneath there is Youtube- og Soundcloud links.
Band story: In 2013 I resumed my former cooperation with the excellent singer Allan Mortensen. I have been looking forward to that, and we have already played several concerts together, most recently at the legendary Jazz House Montmartre and at the jazz festival in Aarhus 2014. – We’ve chosen to play good old famous pop stuff as soul songs with more jazzy approach, because my trio actually has a contemporary jazz observans. Therefore the concept  “a soul singer in a jazz trio”.

Allan Mortensen
– grew up in Aarhus – has been active on the Danish music and theater scene for over 35 years. One of the strongests Danish vocalists in R & B. In 1969-70 frontman of Holger Laumann’s soul group “Tears”, where bassist Jens Jefsen starred. In 1971 Allan Mortensen moved to Copenhagen and was a lead singer of the rock group “Rainbow Band” / later “Midnight Sun”. In 1972 he got his big popular breakthrough as Judas in the rock opera “Jesus Christ Superstar”, Danish setup. This led to a lot of leading roles in musicals, solo albums, shows, TV and radio. Allan Mortensen sings with same pleasure “Musikalske Venner”, ”Voldsom Volvo”, Handel’s “Messiah,” “Swing Time again”, R & B and Soul … and jazz. Within the last few years you could hear him with Ib Glindemann’s Big Band, Peter Brem’s Big Band, Blues Brothers Souvenir show, Ray Charles tribute concert, Kresten Osgood, AM One-man-show, Lindenborg Inn Show, on Ellen’s Cabaret and Club Klondyke, and now Jens Jefsen Trio…

Anders Rose.
Educated at the Academy of Music and Rhythmic Music Conservatory in Esbjerg DK.
Studied with Carsten Dahl and Butch Lacy.
Worked as a teacher, at the conservatory, MGK and music school:
Anders Rose is a versatile pianist who has his fingers in many different genres. For many years he played kind of pop / rock music with a lot of different artists, however, he has a soft spot for jazz and the opportunity for improvisation and spontaneity. Earlier Anders formed a band with singer Sinne Eeg, preferably with their own quirky arrangements of jazz and popstandards, and today he also plays in the orchestra Electro Jazz, now current with their debut album “Cars”. He is also a musical director in the DR big band and the ”Muscular Dystrophy Foundation’s” annual circus theater Cirkus Summarum.

Søren Frost.
New drummer in the trio. He is a sought after jazz drummer currently playing in the Danish Radio Big Band, and we’re happy to have his groovy style in the band.

Jens Jefsen
Is among the elite of Danish jazzbassister and has for many years won recognition for his lyrical and responsive playing in a personal style, taking good care of the music. Jefsen had in the 70ies many tasks with resident and guest playing American jazz musicians such as: Dexter Gordon, Johnny Griffin, Ben Webster, Dizzy Gillespie, Roy Eldridge, Art Farmer, Clark Terry, Zoot Zims and Al Cohn, Thad Jones, Pepper Adams a.o. – Is currently an active musician with Povl Dissing / Benny Andersen, Jens Jefsen Trio and Jens Jefsen New Group. Occasionally as a standin in Aarhus Jazz Orchestra. In recent bands with the New York resident Danish saxophonist Stephan Kammerer. – Jefsen also works as a theater musician and as a freelance musician in different setups.

Here is a medley from a koncert at Jazzhus Dexter Odense november 23.- 2013.

Youtube:
Put the sound to a Hi Fi Stereo or hear it with headphones: